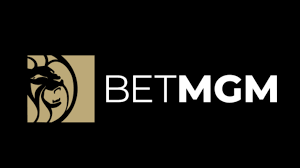 A lottery game with a nightly draw for both diehard fans or if you are just wanting to try your luck at winning a top prize of $22,000. Players are required to select 2 numbers in each of the 2 fields- only 1 match in either field is required in order to win the top prize; which is done by matching4 numbers.

Players who purchase tickets for 7 consecutive draws are eligible for doublings of the top prize if the prize is won on a Tuesday ($44,000).

When are the 2by2 Draws

How to play 2by2 Lotto

Buy a multi-draw ticket for 7 consecutive draws and be eligible for the 2by2 Tuesday feature in which all prizes won automatically double in value.

2by2 lotto uses the double matrix 2/26 + 2/26 format. The first 2/26 grid features red numbers and the second 2/26 grid features white numbers. The objective when playing the game is to pick two winning numbers from the 26 red numbers and a further two winning numbers from the 26 white numbers. Once this is done, the grand prize of $22,000 is won. The maximum Grand Prize liability is $22,000 for 10 players on the same draw. If more than 10 players win the Grand Prize on the same draw, prizes will be awarded on a pari-mutual basis. Worry not though if you fail to hit the Grand Prize as there are many other prizes you can win even if you fail to get the two winning numbers correct both on the red numbers and white numbers.

To add to the “innovativeness” of this lotto game, 2by2 comes with a Tuesday feature which will see all prizes won on the Tuesday draw automatically doubled! To enter into the Tuesday draw, players simply need to purchase a multi-draw ticket for seven consecutive draws. Each ticket costs just a $1.

To allow players to see the prizes they stand to win depending on the numbers they match, here is a detailed info graphic.

There are 8 different ways to win.

Prizes must be claimed in the jurisdiction where the winning ticket was bought.

Up to $600 can generally be claimed at any participating retailer.

Over $600 can be claimed at some lottery offices (depending on amount) as well as at lottery headquarters).

Jackpot winners may choose to receive payments as an annuity- paid in 30 graduated payments over 29 years or as a lump sum payment.